What Lifestyle Changes Can I Make To Ease Parkinsons Symptoms

Exercise: Exercise helps improve muscle strength, balance, coordination, flexibility, and tremor. It is also strongly believed to improve memory, thinking and reduce the risk of falls and decrease anxiety and depression. One study in persons with Parkinsons disease showed that 2.5 hours of exercise per week resulted in improved ability to move and a slower decline in quality of life compared to those who didnt exercise or didnt start until later in the course of their disease. Some exercises to consider include strengthening or resistance training, stretching exercises or aerobics . All types of exercise are helpful.

Eat a healthy, balanced diet: This is not only good for your general health but can ease some of the non-movement related symptoms of Parkinsons, such as constipation. Eating foods high in fiber in particular can relieve constipation. The Mediterranean diet is one example of a healthy diet.

Preventing falls and maintaining balance: Falls are a frequent complication of Parkinson’s. While you can do many things to reduce your risk of falling, the two most important are: 1) to work with your doctor to ensure that your treatments whether medicines or deep brain stimulation are optimal and 2) to consult with a physical therapist who can assess your walking and balance. The physical therapist is the expert when it comes to recommending assistive devices or exercise to improve safety and preventing falls.

Parkinsons is a neurodegenerative disease that occurs when certain nerves in the brain deteriorate. The nerves that die produce a neurotransmitter called dopamine, which controls muscle movement.

As the disease progresses and more nerves are damaged, declining levels of dopamine gradually lead to the muscle problems that are the hallmark of Parkinsons: tremors, muscle stiffness, and slow movement.

The tremors or shaking often begin on one side of your body in your fingers or hand. The uncontrollable shaking most often appears while your arm or hand are at rest. You may also notice facial tremors in your chin.

Stiffness when you walk is another one of the earliest motor signs of Parkinsons. You may notice stiffness that doesnt get better as you move. Shuffling your feet and not swinging your arms like you normally would while walking are also two red flags of Parkinsons.

These motor symptoms define Parkinsons, but by the time they appear, 60-80% of the dopamine-producing neurons have degenerated. The earliest signs of Parkinsons occur many years before tremors appear.

The symptoms of essential tremor include:

You May Like: What Are Early Warning Signs Of Parkinson’s Disease

Maintaining Your Weight With Parkinson’s Disease

Malnutrition and weight maintenance is often an issue for people with Parkinson’s disease. Here are some tips to help you maintain a healthy weight. 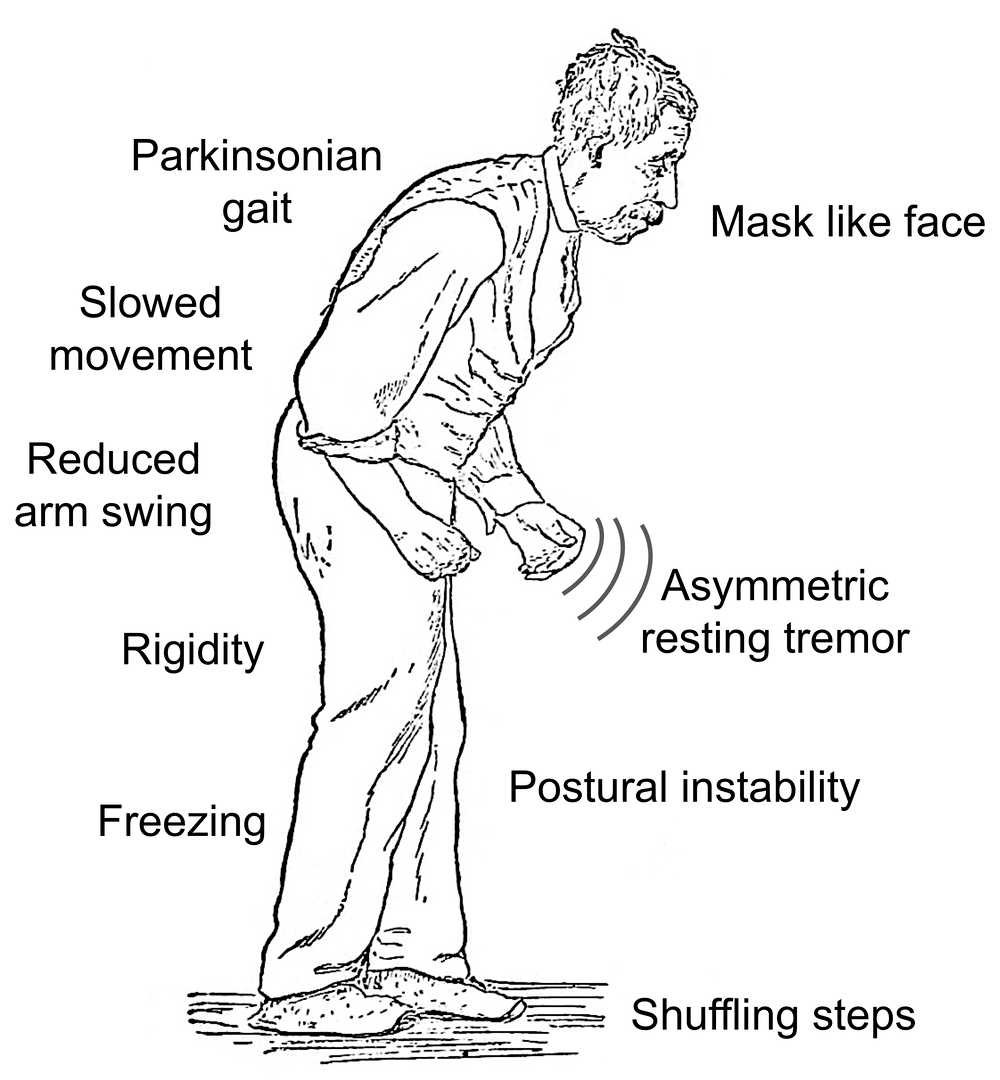 Unfortunately, no. Parkinsons disease is long-term disease that worsens over time. Although there is no way to prevent or cure the disease , medications may significantly relieve your symptoms. In some patients especially those with later-stage disease, surgery to improve symptoms may be an option.

Who Gets Parkinson’s Disease

About 1 million people in the United States have Parkinson’s disease, and both men and women can get it. Symptoms usually appear when someone is older than 50 and it becomes more common as people get older.

Next Steps: Getting Care For Parkinsons And Essential Tremor

If you believe you have Parkinsons disease or essential tremor, dont hesitate to seek professional care. Your doctor can help you diagnose your condition, find the right treatment plan for you, and manage your symptoms so you can enjoy the best quality of life possible. While suffering from a condition like essential tremor or Parkinsons can be frightening, you dont have to face it on your own.

What Is The Difference Between Hdl And Ldl Cholesterol

This is especially important for someone with high levels of homocysteine like Janice. Homocysteine damages the inner lining of the arteries . When this damage occurs, LDL will create foam cells or fibrous plaques in the arteries.

This creation of plaques is what can lead to arteriosclerosis and atherosclerosis and that is exactly how high levels of homocysteine is considered a significant risk factor for a stroke or heart attack.

Im especially proud of Janice. I call her my rock star. She took ownership of her health and through my guidance, got herself healthy and has stayed that way.

You May Like: What Is The Life Expectancy Of Someone With Parkinson’s

Parkinsons disease is a progressive condition that causes trouble with movement. Its caused by the death of cells in a part of the brain called the substantia nigra. This part of your brain produces the neurotransmitter dopamine.

In some cases, specific genetic mutations are linked to the development of Parkinsons. But more often, it seems to appear randomly. Its thought that environmental factors such as exposure to pesticides, herbicides, or air pollution may contribute, but more evidence is needed to understand the potential link.

According to the National Institute on Aging, Parkinsons most commonly develops in people over the age of 60 and affects men about 50 percent more often than women.

Discuss With Your Physician

Non-motor symptoms can sometimes be difficult to recognize. Therefore, it is important to make your doctor aware of them.

One useful resource is the PD NMS Questionnaire. You can use this to record your symptoms and discuss them with your doctor.

Dr. Ron Postuma, whose research was funded by donations to the Parkinson Canada Research Program, has also developed tools to help people with Parkinsons and their physicians identify and manage non-motor symptoms.

Don’t Miss: How Long Does Someone Live With Parkinson’s

While currently available Parkinsons treatments cannot slow or halt the disease, they can help manage symptoms. According to the American Parkinson Disease Association, here are some of the most common treatment options:

There are also lifestyle changes that you can make to help with your Parkinsons symptoms, including:

While these are the most commonly recommended treatment options for Parkinsons disease right now, there is a lot of effort and financial support toward finding new solutions, including clinical trials of medications. 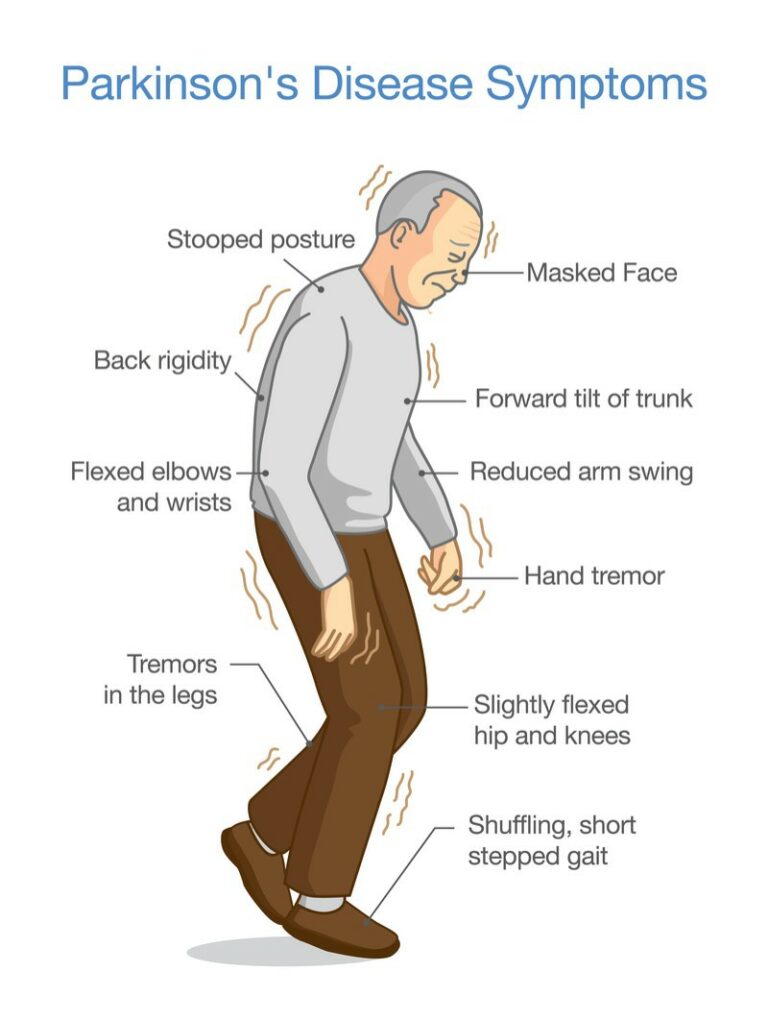 Some people never share with their doctor a subtle symptom, such as a periodic involuntary jerk of a finger, because it doesnt cross their minds as something worrisome.But Dr. Joseph advises not to wait until symptoms progress to get checked out. That finger jerk could progress into a full-blown tremor.Dr. Joseph, who was inspired to treat patients with Parkinsons when she saw a deep brain stimulation procedure stop a patients tremor in medical school, wants you to know that its normal to feel scared about having symptoms evaluated for a possible Parkinsons diagnosis.But she encourages you to be brave and get an exam for this important reason: People who start Parkinsons treatment earlier have less disability and longer lifespans!

Are My Tremors Associated To Parkinsons Disease

Several neurological conditions can cause tremors and having tremors does not necessarily mean you have Parkinsons disease.

Tremors associated to Parkinsons disease are resting tremors, which occur when the body part is inactive. This typically starts in one hand, fingers, or a foot. Tremors can also affect the jaw or tongue, which can lead to communication difficulties.

As with stiffness, Parkinsons tremors mainly affect one side of the body.

If you think you have resting tremors, consult your doctor. They will perform tests to exclude any other condition often confused with Parkinsons disease.

What Can You Do If You Have Pd

How Is Parkinson’s Disease Diagnosed

What Is A Parkinsons Tremor

Other health issues can also cause tremors, like multiple sclerosis or essential tremor. But Parkinsonâs tremors are different because theyâre usually:

Stooping Or Hunching Over

Are you not standing up as straight as you used to? If you or your family or friends notice that you seem to be stooping, leaning or slouching when you stand, it could be a sign of Parkinson’s disease .

What is normal?If you have pain from an injury or if you are sick, it might cause you to stand crookedly. Also, a problem with your bones can make you hunch over.

As Parkinson’s develops, a person who has it may slow down and won’t be able to move or talk quickly. Sometimes, speech therapy and occupational therapy are needed. This may sound silly, but someone who has Parkinson’s disease may need to learn how to fall down safely.

If getting dressed is hard for a person with Parkinson’s, clothing with Velcro and elastic can be easier to use than buttons and zippers. The person also might need to have railings installed around the house to prevent falls.

If you know someone who has Parkinson’s disease, you can help by being a good friend.

You May Like: What Are Early Warning Signs Of Parkinson’s Disease

The difference between essential tremor and Parkinsons can be so slight that it can be difficult for doctors to diagnose these conditions correctly. In fact, they are often mistaken for one another, which can be frustrating for physicians and patients alike. Specialty physicians that diagnose and treat these conditions are Movement Disorder Neurologists.

While there are no official tests for either condition, there are several diagnostic techniques that physicians employ to attempt properly diagnose essential tremor vs. Parkinsons, including:

What Treatments Are Available For Tremors 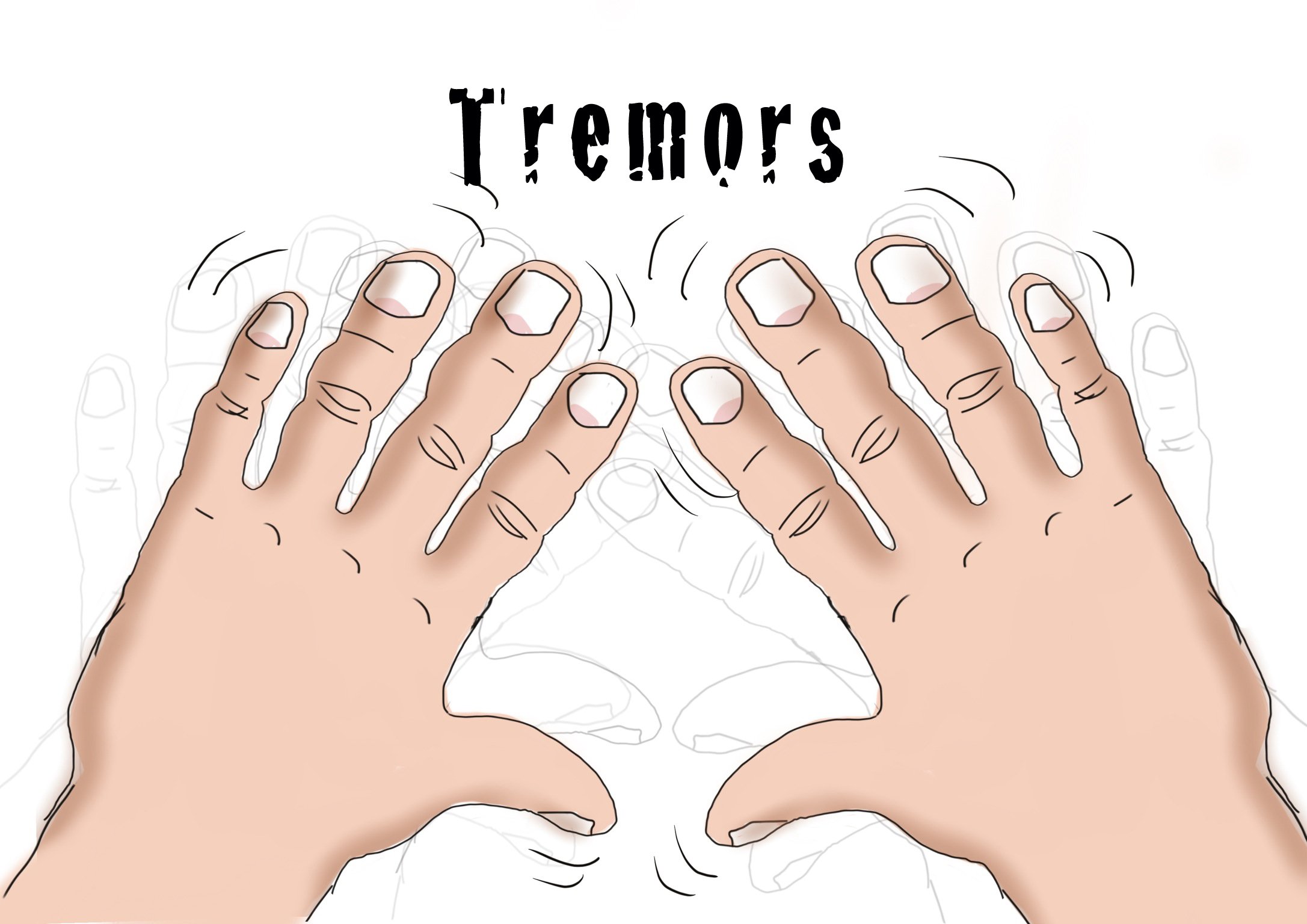 Of all Parkinsons disease symptoms, the effect of drug treatments on tremors are the most unpredictable.When starting Parkinsons medicine treatments, you and your family should not judge their effectiveness by decreased tremors, but the simplification of daily tasks.Some medication, such as anticholinergics and propranolol, can be specifically used to treat tremors. However, they are not recommended for the elderly.When tremors become too overwhelming, deep brain stimulation can be considered. This is the most effective and reliable treatment available for tremors.Some medications can make your tremors worse. Discuss this with your neurologist.

Don’t Miss: How To Take Mannitol For Parkinson’s

What Are The Different Stages Of Parkinsons Disease

In general, the disease progresses from early stage to mid-stage to mid-late-stage to advanced stage. This is what typically occurs during each of these stages:

Early symptoms of Parkinsons disease are usually mild and typically occur slowly and do not interfere with daily activities. Sometimes early symptoms are not easy to detect or you may think early symptoms are simply normal signs of aging. You may have fatigue or a general sense of uneasiness. You may feel a slight tremor or have difficulty standing.

Often, a family member or friend notices some of the subtle signs before you do. They may notice things like body stiffness or lack of normal movement slow or small handwriting, lack of expression in your face, or difficulty getting out of a chair.

Standing and walking are becoming more difficult and may require assistance with a walker. You may need full time help to continue to live at home.

Does Dr Phil Have Parkinsons

How Long Does Parkinson’s Disease Last

Can A Teenager Get Parkinson’s Disease

How Does Parkinson’s Start