Parkinsons disease stems from a widespread brain disease process that is mostly sporadic, or irregular, but in a small minority of cases is due to one of several gene mutations. PD presents in most patients as a movement disorder with tremor, stiffness of muscles, slowness of actions and balance impairments. Over the course of the disease individuals can also experience mood problems, sleep problems, memory and thinking problems, low blood pressure, urinary and gastrointestinal symptoms.

Movement symptoms in PD are managed with drugs and deep brain stimulation. There are many effective treatments for the other problems experienced by PD patients.

Positive findings in the laboratory have moved new therapies into clinical testing, taking our research from bench to bedside. The VCU Parkinsons and Movement Disorders Center encourages PD patients to participate in our clinical studies.

Vibrating technologies and even cannabis will be among the topics of discussion when VCU Neurologist Dr. Jonathan Snider speaks at RWCs 11th Annual Parkinsons Event this year. He will discuss a potpourri of topics about new treatments and management of Parkinsons with his talk on April 11, New hope in Parkinsons Disease: exciting breakthroughs now, and for the near future.

Snider, who is also an assistant clinical professor at VCUs Parkinsons and Movement Disorders Center, will talk about potential new technologies and ways to manage symptoms and live better lives with Parkinsons. Newer treatments include Duopa, an intestinal pump, and Rytary, a long-acting Parkinsons medication, Snider said. Technologies that vibrate and help with tremor and movement of gait are also promising.

VCU is pairing with other institutions and beginning studies to see if people with Parkinsons who wear vibrating technologies on their arm can calm the tremor in their hands.

Cannabis for the treatment of Parkinsons symptoms is another hot topic, Snider said. It will likely become legal in Virginia for medicinal purposes this year. Its interesting to me, but I think we need more information. Its too early to say what benefit it provides. 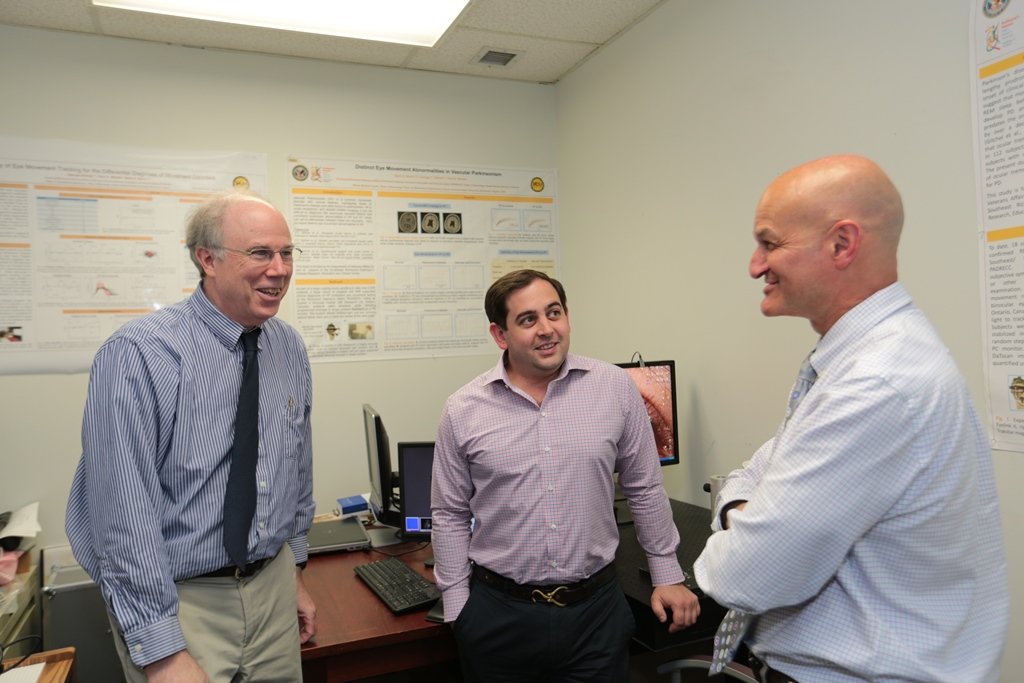 RICHMOND, Va. Virginia Commonwealth Universitys Parkinsons and Movement Disorders Center is now one of only 33 centers in the U.S. and 47 medical centers worldwide recognized by the Parkinsons Foundation as a Center of Excellence. In Virginia, VCUs center is the only one holding the elite designation.

To qualify for the five-year designation, a center must have a specialized team of neurologists, movement disorder specialists, physical and occupational therapists, mental health professionals and others who are up to date on the latest medications, therapies and research to provide the best care.

Parkinsons disease is the second-most common neurodegenerative disease after Alzheimers, affecting an estimated 1 million Americans. There is no cure for Parkinsons and 60,000 new cases are diagnosed each year in the U.S. alone.

This recognition is a testament to our teams passion to raise the standard of care and improve the quality of life for all those living with Parkinsons disease, said Brian D. Berman, M.D., director of VCUs Parkinsons and Movement Disorders Center. One of the many things we are proud of is the ability to offer our patients the opportunity to participate in cutting-edge research and benefit from promising new therapies that we are investigating, said Berman, who also serves as chair of VCUs Division of Movement Disorders at VCUs School of Medicine. VCUs center takes care of 2,200 patients annually.

Don’t Miss: Does Parkinson’s Cause Depression

Dr. Baron is professor of neurology and interim director of the Parkinsons Disease and Movement Disorders Center at Virginia Commonwealth University Health System and the deputy director of the Southeast PADDREC at the Hunter Holmes McGuire Veterans Medical Center.

Dr. Baron has received research support from the National Institutes of Health and the Department of Veterans Affairs. He has over 25 years of experience in the diagnosis and management of Parkinson disease and related disorders, including experience on eye movement tracking for movement disorders and other neurological disorders. Dr. Baron runs a basic laboratory dedicated to investigations of the pathophysiology of dystonia, Parkinsons disease and other movement disorders.

Preparing For Your First Appointment

Your first appointment is scheduled with the neurologist. The clinic coordinator will mail you a new patient information packet with forms that need to be completed prior to your visit. If you have not yet received these or need another copy, please call our office at . Please bring these completed forms with you on the day of your appointment.

Please have your primary care physician or neurologist forward your medical records to our office, including any radiology testing that you have had in the past year. If you have undergone genetic testing in relation to your diagnosis, please forward the laboratory reports.

The initial appointment with one of our neurologists is usually 90 minutes long. This includes check-in with the nurse as well as your visit with the doctor. Follow-up appointments are scheduled based on a patient’s needs, and are typically 60 minutes.

For your initial appointment with the neurologist, please bring:

You May Like: How Old Can You Be To Get Parkinson’s Disease

Letter From The Director

The vision of the VCU Parkinsonâs and Movement Disorders was born from the Movers and Shakers, a Richmond patient community group co-founded by Charles F. Bryan Jr., David C. Reynolds and the late Margaret Bemiss. With the goal of establishing a multidisciplinary center for the care and research of movement disorders in Richmond, the motivated group helped raise $5 million dollars and successfully advocated for matching funds from the VCU School of Medicine. Since its grand opening in 2011, a diverse group of smart, competent, and passionate providers and researchers has been doing just that.

The overarching goal of the PMDC is to positively impact the lives of people diagnosed with Parkinsonâs disease and other movement disorders while simultaneously supporting their families. To accomplish this goal, we focus on three main objectives: 1) providing advanced, comprehensive and compassionate clinical care to all our patients, 2) conducting cutting-edge and impactful research, and 3) providing exceptional education and training to the next generation of movement disorders specialists. Through dedication and determination in these pursuits, we aspire to help all those affected by movement disorders live their best lives possible.

Enhancing and expanding our multidisciplinary care models for Parkinsonâs disease and other movement disorders such as Huntingtonâs disease, and ataxia.

Getting In Touch With Us

If you have a question for your provider need a prescription refill or form to be completed or need to discuss a problem with our nurse or have questions related to a Deep Brain Stimulation stimulator, please call and select the appropriate option.

All messages are reviewed on the same business day. Response times vary based on the nature of the request and can range from two to five business days. Be sure to submit your requests early especially during holiday clinic closings.

We highly recommend that all patients enroll in VCU Health MyChart to expedite requests.

Also Check: How Many Types Of Parkinson’s Disease Are There

McGuire VAMC in Richmond, VA is home to the Southeast PADRECC serving the southeastern region of the United States along with nine Consortium Centers that are part of a Veterans Affairs network of care for veterans with movement disorders.

The VCU Parkinson’s and Movement Disorders Center and Power Over Parkinson’s are pleased to announce our newest collaborative endeavor: The Parkinson’s Disease Diplomate Program .

Through this program, we hope to raise awareness about how advocacy work can make life better for people with Parkinson’s. Each month, we will select a single nominee who is working to improve the lives of other people with Parkinson’s in their community. Each monthly nominee will receive a certificate of appreciation and a $150 cash prize to donate to a Parkinson’s Disease organization of their choice. At the end of the year, we will select a single winner out of our 12 monthly nominees who best personifies the spirit of the award. The winner will receive a plaque and a $500 cash prize to put toward a PD charity of their choice. All of the monthly nominees will be featured on our various media outlets throughout the year.

If you wish to nominate someone for the PDDP, you can access our nomination form here. We are currently accepting only Virginia-based nominees.

Don’t Miss: Does Parkinson’s Cause Fatigue

The Division of Parkinsons Disease and Movement Disorders at UVA consists of 4 movement disorder neurology experts, a nurse practitioner, and a nurse case manager. We provide consultation and management for a range of neurological disorders characterized by involuntary movements and impaired motor control. We also have an active research program and conduct studies in conjunction with the NIH, Parkinsons Study Group, and Huntingtons Study Group. Our comprehensive interdisciplinary treatment approach includes pharmacotherapy, non-pharmacologic therapy, chemodenervation, and deep brain stimulation and we work closely with our colleagues in neuropsychology, neurosurgery, and physical therapy.

The UVA Huntingtons Disease Program has been designated as a Center of Excellence by the Huntingtons Disease Society of America since 2000 and provides interdisciplinary services through a monthly clinic dedicated to the care of patients and families with HD.

Power Over Parkinsons: How One Family Isnt Letting A Diagnosis Define Them 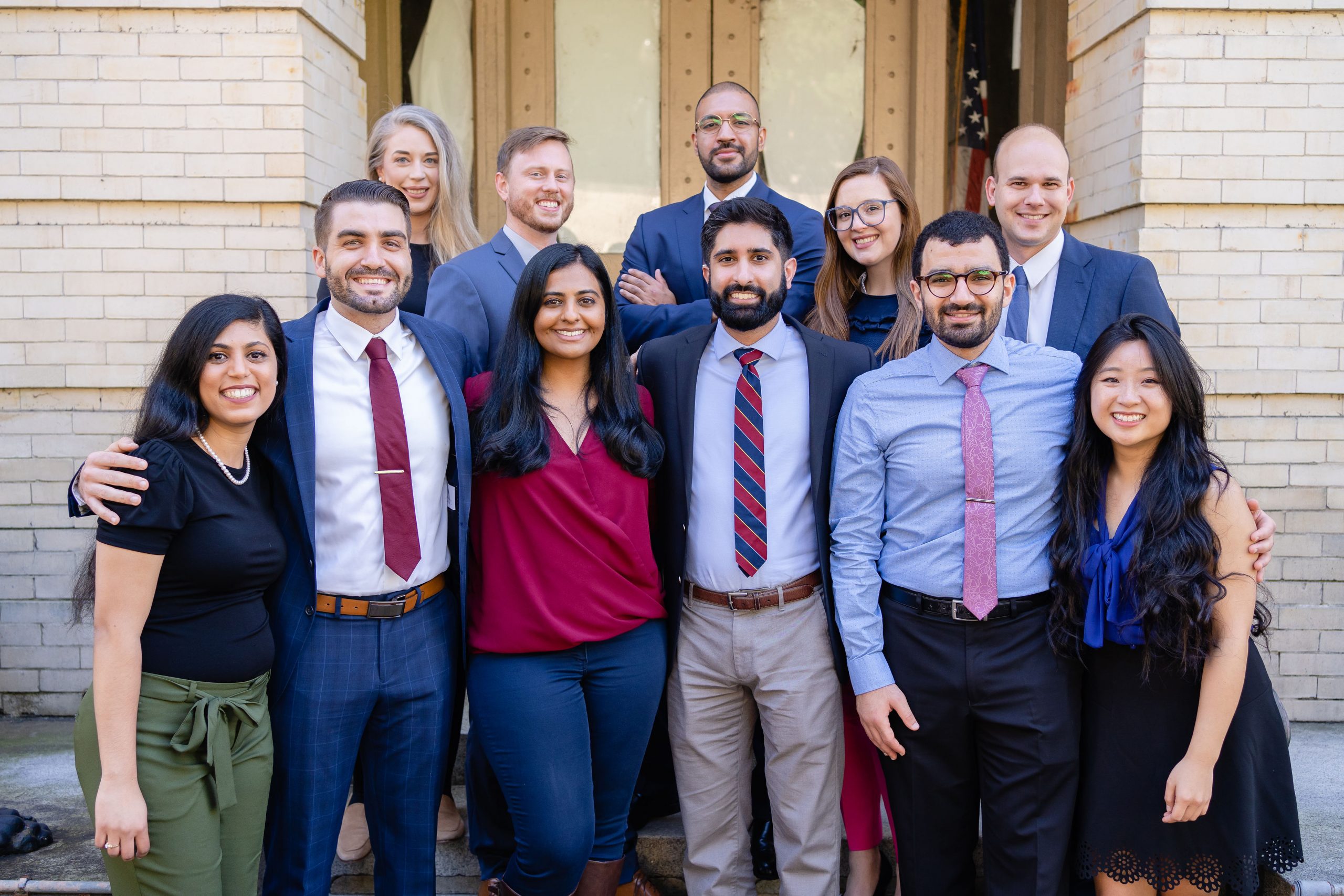 For the last 20 years of his career, Gary Rogliano was a partner at several successful private equity funds, and he never expected to retire. In fact, he always anticipated working until at least age 102, just like his father.

I was one of those guys who worked pretty much 24/7, he told us recently. I didnt take much time off unless it was for my kids or my family.

His nonstop lifestyle was upended in May 2018 when doctors confirmed something his wife Angela had feared for months.

I was the one who first suspected it, she said. He had a shuffle in his walk, and I guess that was his first symptom. I thought to myself, I know this walk, Ive seen this walk before. Then all of a sudden it clicked in my head that he could have Parkinsons disease.

Besides the initial shock, Gary said the most difficult thing about his diagnosis was looking ahead to what seemed like a pathless, uncharted venture.

Gary was unhappy with the hands-off approach his diagnosing doctor offered, so after some searching, his daughter Margaret Preston found the help their family was looking for in the Parkinsons and Movement Disorders Center at the VCU Health N.O.W. Center.

Thats when Gary saw an opportunity and decided it was time to retire.

Does VCU Parkinson’s and Movement Disorder Center have an onsite pharmacy?

Does VCU Parkinson’s and Movement Disorder Center offer appointments outside of business hours?

Is VCU Parkinson’s and Movement Disorder Center physically located within a hospital?

The Virginia Commonwealth University Parkinson’s and Movement Disorders Center strives to be a premier model for improving the lives of individuals with movement disorders, their families, and the community through its commitment to excellence in comprehensive interdisciplinary clinical care, translational research, education and outreach.

Also Check: How Does Parkinson’s Disease Affect The Spinal Cord

Will Parkinson’s Kill You

How Does Parkinson’s Start Out

What Can You Do To Help Parkinson’s Disease